Elsewhere we discussed the predominant position of developers in tech.
I heard from discussions that there should be some easier way to put together applications. 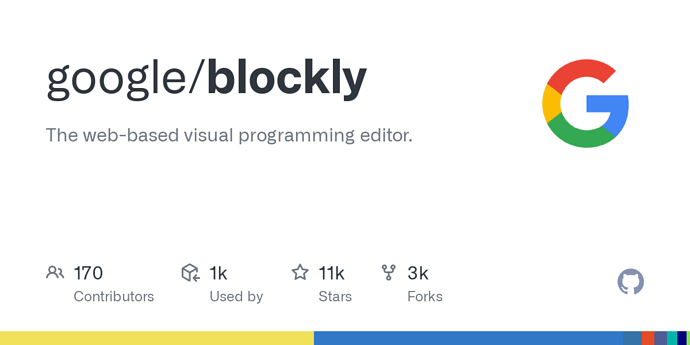 The web-based visual programming editor. Contribute to google/blockly development by creating an account on GitHub.

I could also imagine some stitching similar to Node-RED:

Low Code and Visual Programming could be looked down upon by seasoned developer’s but this is a „no true scotsman” fallacy (look it up on Wikipedia, I can only drop two links).

For the sake of completion, I also mentioned a previous project by Mozilla called Thimble: 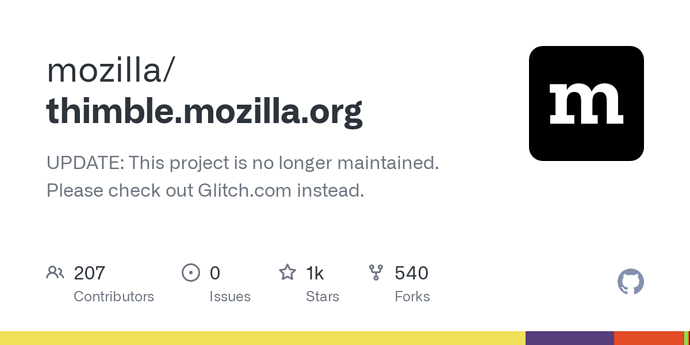 GitHub - mozilla/thimble.mozilla.org: UPDATE: This project is no longer...

That was used to learn about HTML by allowing easier introspection. In itself is based on

Brackets is a lightweight, yet powerful, modern text editor. We blend visual tools into the editor so you get the right amount of help when you want it. With new features and extensions released every 3-4 weeks, it's like getting presents all year...

but they do something weird with an editor in the browser (currently in alpha). I cannot vouch for that anymore.

From my understanding, it’s like having software development be easy enough that it’s like home-cooking; someone in the family or community can do it: 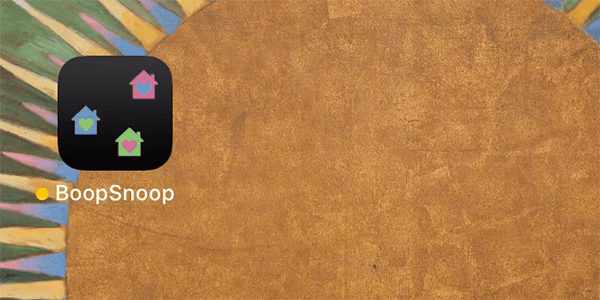 I made a messaging app for my family and my family only.

In a better world, I would have built this in a day, using some kind of modern, flexible HyperCard for iOS. (Emphasis mine, related link: https://hypercard.org)

In our actual world, I built it in about a week, and roughly half of that time was spent wrestling with different flavors of code-signing and identity provisioning and I don’t even know what. I waved some incense and threw some stones and the gods of Xcode allowed me to pass.

Our actual world isn’t totally broken. I do not take for granted, not for one millisecond, the open source components and sample code that made this project possible. In the 21st century, as long as you’re operating within the bounds of the state of the art, programming can feel delightfully Lego-like. All you have to do is rake your fingers through the bin.

I know I ought to pay it forward and publish the code for my app. Even if it doesn’t work for anyone else as-is, it might provide a helpful guide — one I would have been grateful to have. But the code is riddled with application-specific values, well-salted with authentication keys. This app is Entirely Itself — not a framework, not a template — and that’s inseparable from the spirit in which it was made. Which brings me to:

For a long time, I have struggled to articulate what kind of programmer I am. I’ve been writing code for most of my life, never with any real discipline, but/and I can, at this point, make the things happen on computers that I want to make happen. At the same time, I would not last a day as a professional software engineer. Leave me in charge of a critical database and you will return to a smoldering crater.

Building this app, I figured it out:

I am the programming equivalent of a home cook.

The list of reasons to “learn to cook” overflows, and only a handful have anything to do with the marketplace. This feels natural; anyone who has ever, like … eaten a meal … of any kind … recognizes that cooking is totally tangled up with domesticity and curiosity, health and love.

Well, it’s the 21st century now, and I suspect that many of the people you love are waiting inside the pocket computer you are never long without, so I will gently suggest that perhaps coding might be tangled the same way.

When you liberate programming from the requirement to be general and professional and scalable, it becomes a different activity altogether, just as cooking at home is really nothing like cooking in a commercial kitchen. I can report to you: not only is this different activity rewarding in almost exactly the same way that cooking for someone you love is rewarding, there’s another feeling, too, specific to this realm. I have struggled to find words for this, but/and I think it might be the crux of the whole thing:

This messaging app I built for, and with, my family, it won’t change unless we want it to change. There will be no sudden redesign, no flood of ads, no pivot to chase a userbase inscrutable to us. It might go away at some point, but that will be our decision. What is this feeling? Independence? Security? Sovereignty?

Is it simply … the feeling of being home?

Hmm. For those that cannot cook, for example due to a disability, usually order from delivery, and in some countries such as the UK would be able to collect a PIP for that (the alternative would be to be dependent or someone, or to live in a group home, which is traumatising to a lot of disabled people).

What would be that alternative (ordering from delivery)? Would it be… perhaps companies that use low-code tools to make and maintain custom apps for you for an affordable price?

About a modern HyperCard

So you are basically asking for a „right to remix”?

who makes the software that makes software development easy

We had this subject on Matrix a bit today. There is a somewhat fixed amount of complexity in code. You can only move it to one place or another. So the software that makes software development easy has to be written by developers.

But parts of it might be extracted into libraries or frameworks for others to use. The „secret sauce” would be the business logic of a product. That, what makes it special.

As @aschrijver also explained, Low Code services make certain assumptions. If you go beyond their limits, it can be really tough to work with them. As far as I know there is no „ejection process” that would hand you everything so that you can move it elsewhere to continue working on it (part of what I experimenting with in my own Low Code adventures).