Challenge: Overcome complacency and inertia on the Fediverse 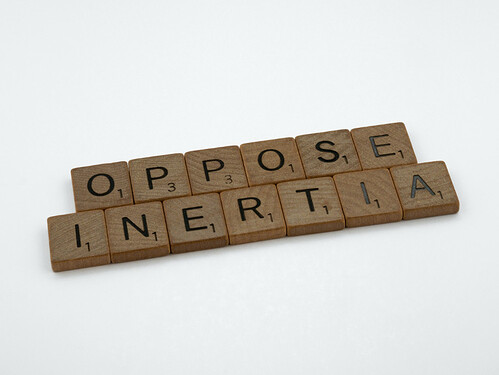 Despite significant challenges for Fediverse’s future, many fedizens seem unaware of them, unconcerned or reluctant to address them, and/or do not have time to help address and mitigate them. If any real threat to our future materializes, we are unprepared, and can only watch it happen. The grassroots Fediverse culture poses significant “herding cats” difficulties to fostering good collaborations and cross-pollination. Nonetheless there are many benefits to do so, that must be explored and advocated.

We have achieved much on the Fediverse. We have popular apps like Mastodon that helped create a succesful online space for Microblogging apps, and there’s a critical mass of millions of fedizens that should make it easier to expand our federated universe and reach new heights. The potential is huge.

However, there are Major challenges for the Fediverse where it seems that only few fedizens are aware of them, or realize the risks if they are not tackled. And even if they do there’s nowhere to go other than venting frustrations in some toots, or write a critical blog post (which others will dismiss as a rant). There’s also the observation that many early adopters and experts on Fediverse technology who did realize the risks, are no longer involved with the Fediverse. The reasons for this may vary, but somehow Fediverse was no longer able to capture their interest.

This challenge is about Complacency and a general myopia to see Fediverse in a larger context, perceive and weigh threats that exist.

Along with complacency comes intertia. If we are unaware of risks we are unworried, oblivious. And if are worried but see no clear way to address our concern. Both of these, combined with some cultural aspects that are exist on the Fediverse, lead to an Inertia to act.

2. Resistance or disinclination to motion, action, or change

There are many examples of the complacency, but they boil down to these two categories:

When in 2017 I did an investigation into “The Decentralized Web” one thing stood out to me: the sheer number of once promising but now long dead decentralization projects that already came before. A ‘landscape littered with tombstones’. In 2020 I posted a topic to warn we should be wary: Are we ready for the threats to the Fediverse and decentralization movement? (I recommend reading the thread).

In that topic I highlighted a great article and Hacker News discussion related to it. Here it the link with some quotes added:

This is Fine: Optimism & Emergency in the P2P Network

"The resilience of centralised networks and the political organisation of their owners remains significantly underestimated by protocol activists. At the same time, the decentralised networks and the communities they serve have never been more vulnerable. The peer-to-peer community is dangerously unprepared for a crisis-fuelled future that has very suddenly arrived at their door."

“As we can see from history, blind faith in technically resilient network protocols is naïve and misplaced.”

“We can no longer marvel at the novel interactions afforded by peer-to-peer technologies, nor perform political theatrics within these networks. We need to lay aside our delusions that decentralisation grants us immunity – any ground ceded to the commons will be met with amplified resistance from those who already own these spaces.”

"Without cohesive organisation, mobilisation to harden security and privacy and without a sincere commitment from protocol designers to revise their collective assumptions, the push back from incumbent power will leverage each and every socio-technical flaw in each and every network."

Besides complacency leading to inertia… where does one go to when not complacent about real threats we face? There isn’t any community or steering body. Both the W3C SocialCG and SocialHub are largely inactive and mostly incapable of organizing and adequate response.

Then there are cultural aspects such as the laissez-faire and anarchist attitudes of many fedizens, where there is immediate and outright criticism of any initiative to organize things. Attempts to organize amounts to trying to “herd cats”, and different factions and strive work to weaken the effort from within the fediverse community.

Competing technologies can be defined as those not compatible either on technological aspects, but more importantly those initiatives which are not aligning to culture and values that exist on the Fediverse. Think corporate, proprietary, hypercapitalist, big tech related ones. When they are announced they receive rightful criticism and cynicism. They are also very easily dismissed as “no way they’ll be successful” and ridiculed. While this is okay, it should not lead to underestimation.

They have a lot to be criticised for (see also my Lemmy comment on Web5), but questions that need to be asked are:

Right now we have nothing in the way of addressing these questions, leading me to conclude:

If competing technologies become successful we are sitting ducks, and can only sit and watch as events unfold.

Luckily there are also many adjacent and complementary projects and initiatives doing R&D that can be greatly beneficial to the Fediverse, when new and innovative technology becomes available. There are many such projects, naming just a few:

And countless other projects. They all have different approaches, but common and overlapping objectives. And they fit the culture and values of free software and the Fediverse. Another thing they have in common is that they are hard to find for people, often aren’t aware of each other’s work and project status.

Besides these research projects, there are also alternative protocols to ActivityPub that are / should become part of the Fediverse:

Overall collaboration might lead to many win-win’s and cross-pollination, if project communities are open to them (which is not always the case, e.g. with Solid Project vs ActivityPub where I spent much time to advocate collab. Part of the reason for their go-it-alone approach may be a commercial-viability-first strategy that Solid seems to follow).

Complementary initiatives are dispersed, and likely neglect collaboration opportunities to be stronger together.

The fragmentation in the field of research projects likely results in:

Anarchist attitude haver here. afaik BlueSky and Web5 are basically the same thing, and metaverse as envisaged by Meta is centralized so not really a competitor.

If Web5 were to become hugely popular it might not really be a competitor, because it’s based on an architecture similar to SOLID (run your own pod, set permissions for data access, based on DIDs) and it would be possible to envisage a bridge between web5 and ActivityPub.

Provided that overall the direction of travel is away from centralized silos then we are all winners, and some amount of competition and duplication between decentralized projects can be expected. For example, Linux has lots of package managers, window managers and duplicated effort and that’s just the nature of being a grassroots community with diversity.