I bumped into a German Diaspora* discussion (found via this fedi thread) ) that led me to (re)discover a bunch of blog posts. At the time I first read them I knew only little about the Fediverse. There are valuable insights in the observations made by Dennis Schubert about ActivityPub. Dennis is an engineer currently at Mozilla and previously involved for 11 years with the Diaspora* project. He wrote:

And independently Cory Slep of Go-Fed in An ActivityPub Philosophy draws similar conclusions, and mentions an interesting idea. The points raised in these articles align with many of the things that worry me regarding ActivityPub’s future and the ability for the Fediverse to reach its full potential.

I took the notes below mostly for myself, but you may find them interesting…

Some observations made in the first article (paraphrasing, and not all points mentioned):

Concluding Dennis’ opinion on an open standard specification in general is:

ActivityPub and related standards are a framework for building federated social network interactions, not an actual protocol.

Cory Slep also calls it a specification for “a transport protocol that alone is not sufficient to build an application”.

I often call ActivityStreams a “toolbox of social networking primitives” that can be built upon. But considering the whole of AS/AP as a “framework” may be more crucial in order to evolve the ecosystem built on top of these specifications!

Dennis Schuber then points to a flaw in the communication that subsequently occurred by advocates of AS/AP:

“[Advocates] wandered around the internet and told projects to implement ActivityPub to join the Fediverse, and by merely adding ActivityPub support, users would be able to communicate with each other, they claimed.”

In fact all across the board, i.e. the Fediverse, wrong expectations are raised of widespread interoperability resulting from an implementation of ActivityPub support. This is impossible given the full range of social networking use cases. Vocabulary extensions can only be interoperable if everyone interested to adopt them agrees on the format / heuristics used.

These wrong expectations are a bit similar to how the Semantic Web was pitched, promising universal semantics that would turn the whole web into a machine-readable and navigable graph. A promise that IMHO led to its failure at the time of introduction (and hype).

Existing implementers of ActivityPub may be very happy about the possibilities on a technical level, but for newcomer developers and especially for the (would-be) fedizens it is vital that expectations are properly managed. Communicating differently about the Fediverse and a more appropriate positioning should be seriously considered. This aligns with Challenge: Fixing the Fediverse Technology Adoption Lifecycle.

At the end of the article a great explanation of Ad-hoc Interoperability is provided by Dennis:

“The issue arises when you have to read other project’s source codes and when you have to ask questions to be able to implement something. If that is the case, then the knowledge needed to implement this protocol reliably is no longer collected inside the specifications, but in other people’s bug trackers, source code snippets, and brains. Without access to that information, you cannot build a reliable implementation.”

This is the state of the Fediverse: 4 years of Ad-hoc Interoperability layered on top of the specifications!

I strongly urge to read the entire paragraph “But we can talk to each other to make it compatible”, but I will rephrase the inevitable outcome of our current approach to fedi’s evolution:

The levels of interoperability of a federated application with any other implementations will depend on Luck.

To give just example here… Lemmy’s federation release was lucky to interoperate with Mastodon given the current state of the Fediverse, and later on the federation broke again, when the state evolved organically.

According to Cory Slep “Anything more than just sending and receiving information needs to be built on top of ActivityPub as an extension” (confusing here is that the AP spec is interwoven with its own extension: for microblogging). He calls the domains targeted by an extension a “flavor” and hence will create a “Fediverse of Flavors”. He says:

"[It is] preferable that each domain of the Fediverse builds one or more independent communities to standardize their specific solutions through the use of ActivityStreams extensions. […]

Unfortunately, when the ActivityPub protocol was published there was neither guidance nor support on how to build these communities, how to develop more specialized domains, or how to organize more rigorous behaviors around the data being shared. And there still isn’t."

These communities and their collaboration and cross-pollination I call “the substrate” of the Fediverse that must exist. The ‘substrate’ of an ecosystem such as the Fediverse are the people and processes and the artifacts they create that enable interoperability. The more decentralized, diverse and heterogeneous the ecosystem, the more need exists for a strong and healthy substrate to uphold it.

Dennis Schuber mentions XMPP as a example of a specification where 'Extensibility and Interoperability are closely guarded:

On the Fediverse a central body that manages these specifications is a sensitive subject. There’s resistence to any centralization.

The Fediverse at this moment unfortunately does not have a healthy substrate. It is evey developer for themself, look into codebases and issue trackers, try to find other developers to ask a question. W3C SocialCG and SocialHub community, initially very active, have lost momentum and relevance. Though a Fediverse Enhancement Proposal (FEP) process was started, it hasn’t really gotten underway.

“The first problem is getting different ActivityPub communities to self-organize to solve their own domain problems, build their own specifications on top of ActivityPub, and hold each other accountable at sticking to those specifications rigorously. A second problem is discoverability of these specifications for fellow developers without having a centralized organization hosting a registry or dictating a process. The cost of extending ActivityPub should always remain as close to zero as possible for numerous philosophical and moral reasons that I don’t want to get into here.”

Without a substrate the only way for a project to move forward is by Ad-hoc Interoperability. And once an app is successful there are less incentives to dedicate to substrate formation. There are already enough things to take into account to keep a FOSS project going.

And in his article Cory poses an idea that really delights me, as it corresponds to directions I was also thinking in:

"Why not build on top of ActivityPub to solve both of these problems?

I proposed something similar a while ago in: Improvement to FEDERATION.md convention: Murmurations.

Note that these solutions are only a first start. It allows people to get informed of specifications and documentation, but in future more more machine-readable mechanisms are also needed, such as e.g. Capability Discovery and Compliance Profiles.

This does nothing to address the social aspects of substrate formation. Objectives are to:

Related to these social aspects, in his last article Dennis Schuber highlights a point I highly agree with: Overall those developing the Fediverse are way too tech-focused! Note that the Social Coding Movement was started to address this:

Create solutions that people love. Social Coding is participatory free software development that is inclusive to all people and focused on addressing real human needs. Ideation, design and development is a collective and social effort.

As for positioning the Fediverse, I am personally promoting the idea of conceptually creating a more human ‘abstraction layer’ on top: the Peopleverse. Where the social interactions that are modeled are key, and not all the technical jargon that is now in our ‘elevator pitch’.

ActivityPub and related standards are a framework for building federated social network interactions, not an actual protocol.

Exactly on this point a new fedizen (Google SRE employee) is coming to the same conclusions: 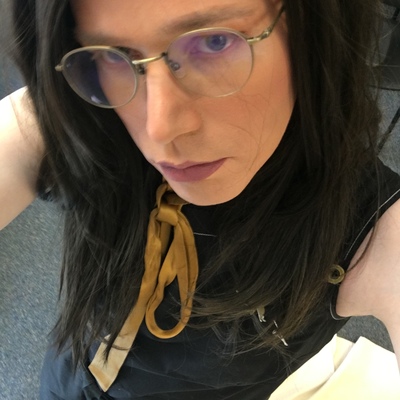 I think that at the root of a lot of these objections—and really it is the same objection that they had over at #diaspora* to #ActivityPub—is that AP is a _conceptual framework for building social media services in a standardized way_, it isn't a...

Their timeline around this point are full of similar analyses regarding the protocol and its flaws and shortcomings.